Ultra London – North vs. South London. Which route is for you?

Ultra London – North vs. south London. Which route is for you?

Ultra London follows the Capital Ring footpath around Greater London taking in some of London’s finest scenery, from Syon Park, the Grand Union Canal, Brent Reservoir, the Thames Barrier, Eltham Palace, Wimbledon Common, and Richmond Park – to name just a few highlights. In 2020 Ultra London allows you to choose between the northern or southern half of the path or experienced ultra-runners can opt for the entire Capital Ring over two days in the Ultra London 125 distance. Whether you are a first-time ultra-marathoner, an experienced ultra-runner or a walker, Ultra London is welcoming to all.

· North: Ultra London 70 and London 35 follow the Capital Ring in north London only

· South: Ultra London 55 and London 27.5 follow the Capital Ring in south London only

· North and south: Ultra London 125 travels through 18 boroughs of both north and south London on its 125km route.

As London’s only running/walking event that circumnavigates the capital (north and south of the river), we thought we would help you choose your route by breaking down some of the sights of each route to help you decide: north or south?

Wimbledon Park Lake is the largest lake along the southern section of the route, with a view across to the famous All England Club, but Queensmere (in Wimbledon Common) takes the prize for most beautiful.

Harrow on the Hill – the name gives it away, but it is a high point and highlight of the Ultra London north route. The famous Harrow School is perched at the top of the hill with a steep descent onto the school playing fields.

The steepest section of the south Capital Ring is in the streets around Crystal Palace Park. Another big climb through Wimbledon sees you reach the top in Wimbledon Common.

Climb up along the north London route through the woodland of Fryent Country Park and a stunning view greets you at the top by Barn Hill Pond. Here you look down onto the iconic Wembley Stadium. Later on you will pass the London Stadium, more about that later...

The south Capital Ring travels through stunning Richmond Park. From the top of the park, just behind Pembroke Lodge, an awesome view awaits and the majestic site of Twickenham Stadium. 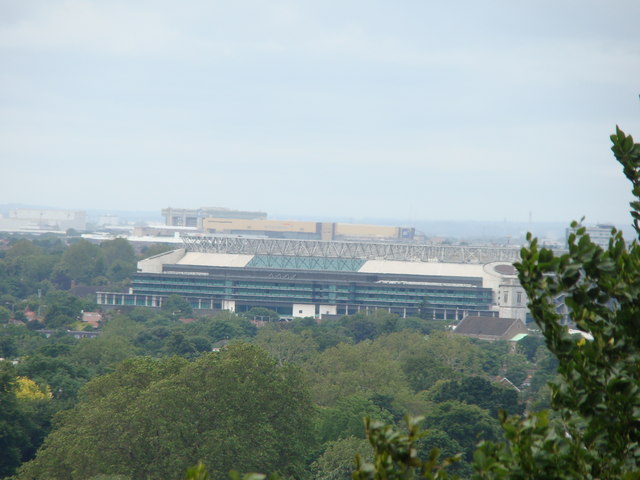 The beauty of Ultra London is the feeling of being out in the countryside, even though you’re in the heart of London. The wilderness strikes you and you realise why London is one of the greenest major cities in the world. Both north and south London have their merits in this regard, but the beauty of Eltham Common, Oxleas Wood, Wimbledon Common and Richmond Parkin the south are undeniable.

The historic Syon Park house is a stunning early sight on the Ultra 70 and London 35 routes, along the north London route. But with Charlton House, Severndroog Castle, Eltham Palace, Beckenham Place Park, and Norwood Grove – south London is the clear winner.

The southern section of the Capital Ring from Wimbledon to Richmond is stunning and travels through some beautiful countryside, but north London boasts the Greenway – a disused, elevated railway now a cycle and walking trail – London’s version of New York City’s High Line.

During the entire 125km, we only see the River Thames twice (Woolwich and Richmond) but there are plenty of smaller rivers and canals along the way – Grand Union Canal, New River and Lea River. However, these are all in north London.

People are aware of Crystal Palace’s sporting tradition in terms of athletics, but did you know the park has also hosted 20 FA Cup Finals between 1895 and 1914? The park has also hosted Rugby Union Internationals, first-class cricket, and motorsport. The start of the London 27.5 and the midway point of the Ultra London 55 are next to the stadium.

Stratford, North London was the host of the memorable London 2012 Olympic and Paralympic Games - the Ultra London 70 route travels through the Olympic Park with spectacular views of the London Stadium, London Aquatics Centre, Velodrome and Copperbox Arena.

The Weird and the Wonderful:

There are many delightfully weird and wonderful sights along the Ultra London route. The north has the macabre Kings Head Gantry (erected 1770). The south has the charmingly weird 150-year-old concrete dinosaurs in Crystal Palace Park.

Which finish line is better? The end of the epic Ultra London 70 has an eerie descent into the Woolwich foot tunnel under the Thames. The end of the Ultra London 55 (and Ultra London 125 and London 27.5) is stunning Richmond. A gentle and beautiful last mile along the riverside, into Richmond Green and to the finish.

With such beautiful highlights it’s no surprise it was a tough decision and a close call. The overall result of which is better, south or north London? It’s a draw!

Which route is for you? https://www.ultralondon.co.uk/enter

Eating on the run: Food and drink for Ultra running

The First Rule of Ultra-Running is ...